Boko Haram Insurgency and the Underdevelopment of Girl-Child in Nigeria: Implication for National Development

In recent times, however, millions of girl child inNortheastern schools in Nigeria are caught up in conflicts that result ininsecurity which affecttheir school attendance and their lives. This paper examines the effect of Boko Haram Insurgency on girl-child attendance in secondary schools in North-Eastern Nigeria.The study purposivelyselectsthree states in northeastern Nigeria. The study employed primary and secondary data;360 respondents wererandomly selected. TheOrdinary Least Square (OLS)regression modelwas usedto analyses data collected. The OLS regression model result shows that the R2is as high as 0.680, this suggeststhat BokoHaram has influence on the girl-child attendance in secondary schoolsNortheastern Nigeria, therefore, the null hypothesis that Boko Haram insurgencyhas no significant effect on Girl-child attendance in Secondary Schools inNigeriais rejected. This implies that Boko Haram insurgencyhas a significant effect on Girl-child attendance in Secondary Schoolsin Nigeria.The study recommended that professional public-private partnership (4 P’s) should provideall necessary support to teachers and students, who have been affected by violence in northeast of Nigeri. This should include rehabilitation and resettlement for those who have been forced to flee to return for academic pursuit. 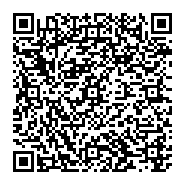