Monte Carlo Based Dose Assessment for 90Y Radioembolization, A Comparison between 99mtc-MAA SPECT/CT and 90Y-Microspheres PET

The aim of this research was to assess the agreement between the distribution of technetium-99m macroaggregated albumin (MAA) and yttrium-90 microspheres in radioembolization of the liver, as well as the correspondence between the desired radiation dose and the true radiation dose in the target area. 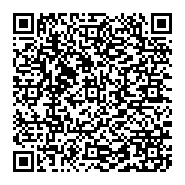