All over the world, politicians fancy up their language in a special way to give extract effect and force to their message to the electoratein order to achieve their objective of winning more votes. This languagecan be embodiedinrhetoric, propaganda, promise, colloquialism, word coinages, pidginized and figurative expressions. Attractivepolitical slogans are used by political leaders to inspire and set the mood of public about a particular issues.It is argued that a specific characteristic of political slogans make them the prime instrument for government communication, but at the same time the same characteristic make them the most vulnerable instrument as well. Political campaign slogan has continued to play an important roles in voter’s education and enlightenment in Nigeria. The electorates have witnessed many political campaign slogans such as “one nation, one destiny”of late Shehu Shagariled National Party of Nigeria (NPN), “Hope”of the Late MKO Abiola of the Social Democratic Party (SDP), Gbais bee (take it there) of the “Olusegun Mimiko of Ondo State, “change”of Mohammadu Buhari led All Progressives Congress (APC) and Power tothePeoples of the Peoples Democratic Party (PDP). However, none of these political slogans have a more devasting effect in capturing the mood of the electorates as the “O to gee” (Enough is enough) in Kwara State. Thus, this paper utilized secondary sources of data to interrogate the effect of politicalcampaign slogan in Nigeria with specific reference to Kwara state gubernatorialelection conducted in 2019, as evident in the dismantling of the twenty-eight (28)years old famous and powerful Saraki’s political dynasty in the state. It was observed that man as a political and social animals engages in the practice of politics as a social and noble activity to express his political agenda either positively or negatively. Therefore, the paper concludedwith some recommendations that if political campaign slogan is well-structured, it is capable of being an effective tool for driving government policies, ensuring mass participation of citizenry in political activities, electioneering process and aidinganelection of popular candidates with attractive manifestoesat the poll. 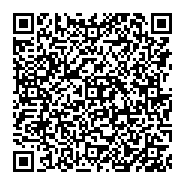