This paper is concerned with World Cup Rugby Japan 2019 the Final, S. Africa vs. England.Asignificant improvement of the information dynamic model has been made to make it clear how to solve the boundary layer equation and to know the relation between the flow and game information.For example, the relation between the 1/7thvelocity distribution law in fluid mechanics and the model in the information dynamics becomes apparent.In the Final, S. Africa always keeps the lead of points throughout the game, but the game itself is quite tight in such a degree that before at 67 minutes within the totaltime of 80 minutes, England still maintainsa chance to reverse the score only by one single try and the following goal.S. Africa keeps the advantage against England, and increases it with increasing the time, and the certainty of game outcomealsoincreases smoothly with increasing the time.The game point of η≈0.9, which is 90% of the total game length(or time),is found as the cross point between the certainty of game outcome and the uncertainty of game outcome, so that the game outcome is firmly definitiveat the time between S. Africa’s first try and the second try. It is inferred that rugby possesses limitless and uncountable potential to promote people’s happiness not only in S. Africa but in any country, and so is worth applying for creating better society in this globe. 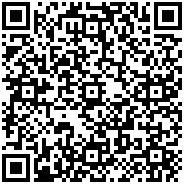