Nanotechnology may be a branch that deals with the size and tolerance of but 1nm (=one billionth of a meter), especially the manipulation of individual atoms and molecules. There are many applications and are varied, including energy production and storage, drug delivery, materials science and much more of others. The prefix ‘Nano’ is mentioned in a Greek prefix meaning dwarf’ or something very small and depicts one thousand millionth of a meter (10-9 m). We should distinguish between Nano science, and nanotechnology.

The immediately after the Big Bang, the universe was hot, dense plasma of photons, leptons, and quarks the Universe had expanded and cooled sufficiently to allow for the formation of protons. This plasma was effectively opaque to electromagnetic radiation due to Thomson scattering by free electrons, as the mean free path each photon could travel before encountering an electron was very short. As the universe expanded, eventually, the universe cooled to the point that the formation of neutral hydrogen was inevitable, and the fraction of free electrons and protons as compared to neutral hydrogen decreased. Recombination involves electrons binding to protons (hydrogen nuclei) to form neutral hydrogen atoms. Because direct re-combinations to the ground state (lowest energy) of hydrogen are very inefficient, these hydrogen atoms generally form with the electrons in a high energy state, and the electrons quickly transition to their low energy state by emitting photons. Prior to recombination, photons were not able to freely travel through the universe, as they constantly scattered off the free electrons and protons. This scattering causes a loss of information, and “there is therefore a photon barrier at a red shift” near that of recombination that prevents us from using photons directly to learn about the universe at larger red shifts.

Once recombination had occurred, however, the mean free path of photons greatly increased due to the lower number of free electrons. Shortly after recombination, the photon has a larger free path, and photons traveled freely without interacting with matter [1]. For this reason, recombination is closely associated with the last scattering surface, which is the name for the last time at which the photons in the cosmic microwave background interacted with matter. However, these two events are distinct, and in a universe with different values for the baryon-to-photon ratio and matter density, recombination and photon decoupling need not have occurred at the same epoch. This production of photons is known as decoupling, which leads to recombination sometimes being called photon decoupling, the recombination and photon decoupling are distinct events. Once photons decoupled from matter, they traveled freely through the universe without interacting with matter and constitute what is observed today as cosmic microwave background radiation (in that sense, the cosmic background radiation is infrared).

Time of the first electron appears in the universe

The problem at this point was that electrons couldn’t stay in orbit around any atomic nucleus because of the immense heat and radiation still flooding the universe. Shortly after any neutral atoms would form (neutral atoms simply contain the same number of protons and electrons, and thus carry no overall charge), they were knocked apart again by energetic radiation. Finally, after 380,000 years or so, the universe had again expanded and cooled enough for conditions to favor electrons staying in orbit around atomic nuclei. This is when recombination occurred neutral hydrogen (and helium) finally appeared because they could “recombine with” (hold on to) electrons without easily losing them to stray radiation. If that number sounds familiar, it should — 380,000 years after the Big Bang is also the time when the cosmic microwave background was generated, because the atoms that formed entered their lowest energy state quickly after, releasing excess energy in the form of photons that could finally travel freely through the universe without knocking into anything along the way. This is the light that makes up the cosmic microwave background.

Time of the photons decoupling

Photon decoupling occurred during the epoch known as the recombination. During this time, electrons combined with
protons to form hydrogen atoms, resulting in a sudden drop in free electron density [3]. Decoupling occurred abruptly
when the rate of Compton scattering of photons was approximately equal to the rate of expansion of the universe, or
alternatively when the mean free path of the photons was approximately equal to the horizon size of the universe. After
these photons were able to stream freely, producing the cosmic microwave background as we know it and the universe
became transparent.

Time of the photons decoupling:

The best measurement yet of the lifetime of the electron suggests that a particle present today will probably still be
around in ( 2.1×1036 seconds ), which is about five-quintillion times the current age of the universe. That is the conclusion
of physicists working on the Borexino experiment in Italy, who have been searching for evidence that the electron
decays to a photon and a neutrino; a process that would violate the conservation of electrical charge and point towards
undiscovered physics beyond the Standard Model.

The electron is the least-massive carrier of negative electrical charge known to physicists. If it were to decay, energy
conservation means that the process would involve the production of lower-mass particles such as neutrinos. But all
particles with masses lower than the electron have no electrical charge, and therefore the electron’s charge must “vanish”
during any hypothetical decay process [4]. This violates “charge conservation”, which is a principle that is part of the
Standard Model of particle physics. As a result, the electron is considered a fundamental particle that will never decay.
However, the Standard Model does not adequately explain all aspects of physics, and therefore the discovery of electron
decay could help physicists to develop a new and improved model of nature. The search is described in Physical Review
Letters.

The electron and photon mass

The radiation cosmic, which represents strong radioactivity, can be ionizing and capable of breaking DNA, causing
cancer and genetic malformations. And cause the disappearance of some 75% of life forms on earth (extinction of the
dinosaurs). In archeology, the extinction of dinosaurs is not a closed issue. Clues about the exact cause do not allow a
definitive conclusion to be drawn. The two paths favored by scientists are volcanic eruptions and/or meteorites: geological
archaeology attests that these two events occurred at roughly the same time, 66 million years ago. Common
reports refer to the “Cretaceous-Paleocene extinction”, which saw the death of the dinosaurs and, in general, the end
of three-quarters of terrestrial biodiversity. However, this does not mean that the asteroid, which dug out the so-called
Chicxulub crater, was the only reason for the disappearance of the dinosaurs. Because dinosaurs were already in a critical
condition due to the high temperatures resulting from the effects of cosmic radiation. Gradual change other changes
may have occurred over a longer period of time [5]. The warm, humid climate may have gradually changed to a hotter,
drier one. In many areas, the fossil record shows that tropical plants have been replaced by forest plants. Again, it is
possible that dinosaurs did not adapt to the new environment and thus became extinct.

Measurement of the age of the current universe

The extinction of the dinosaurs happened about 65 million years ago.

The radiation eras are the period relative to the dominance of radiation after the Big Bang. An era is divided into several
periods meaning a moment in time in which nature or attitudes change to the point that it marks the beginning of a
new era or epoch. At the beginning of every period, many photons had enough energy to separate deuterium, so the
atomic nuclei that formed were quickly separated into protons and neutrons. By the ten-second mark, the number of
high-energy photons available for separation of deuterium was lower than ever before, and thus the abundance of these
nuclei began to increase [6]. Heavier atoms began to form through the processes of nuclear fusion: tritium and helium.
Finally, trace amounts of lithium and beryllium began to appear. Once the thermal energy was reduced, nucleosynthesis
effectively ended. Primordial abundance is now identified, with metrics measured in the modern era providing checks
on physical models of the period.

The universe was filled with leptons and anti-leptons (such as electrons and positrons) whose energies were still high
enough that they formed as quickly as they destroyed each other. But some time later, at the beginning of this era, the
universe was completely filled with fluid-like plasma made of photons, protons, neutrons, electrons, and neutrinos. At
first it was too hot for nuclear fusion to happen! Protons and neutrons were constantly bumping into each other, but
they had so much energy that they either completely destroyed each other in a wave of radiation or bounced back. The
mutual annihilation of all this matter and antimatter led to the creation of many high-energy gamma photons that later dominated the universe.

The different phases of the radiation eras

The big extinction, 331269531 years ago, is called the Great Dying, because 96 percent of living species were wiped out.
This one, and the one that followed at 267 million years, seem to have been triggered by a hotter climate. One thing is
consistent: dying species left empty environmental niches, which surviving species could then evolve to fill. In this way, these extinctions allowed dinosaurs to dominate Earth. Their rule lasted 200 million years, until radioactivity began to
rise [7]. Then, about 65 million years ago, the dinosaurs died, and the small, warm-blooded animals had a huge advantage.
This gave rise to the age of mammals, some of which, after millions of years, became the age of man. In this way,
each extinction allowed new and often more advanced forms of life to replace the old ones. Without that radioactive
influence, we wouldn’t be here.

The next radiation eras 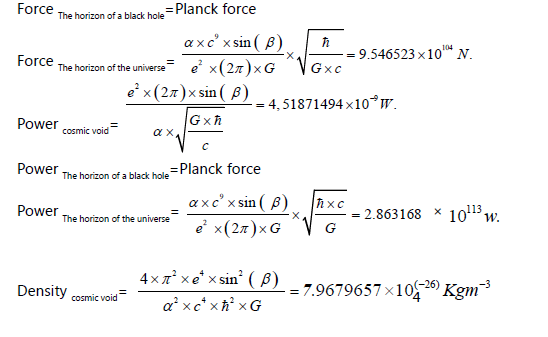 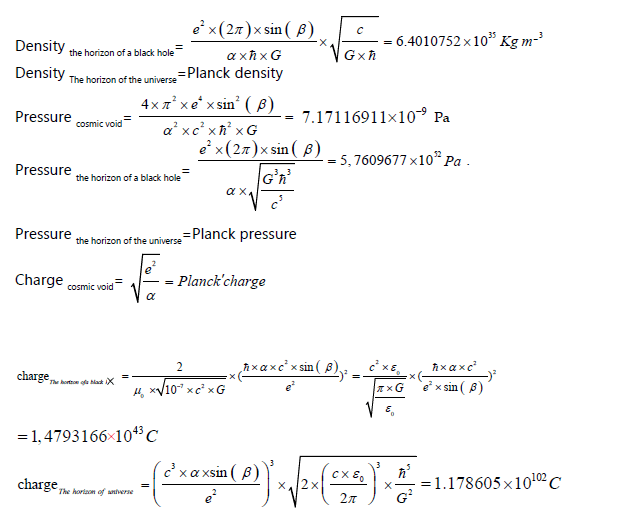 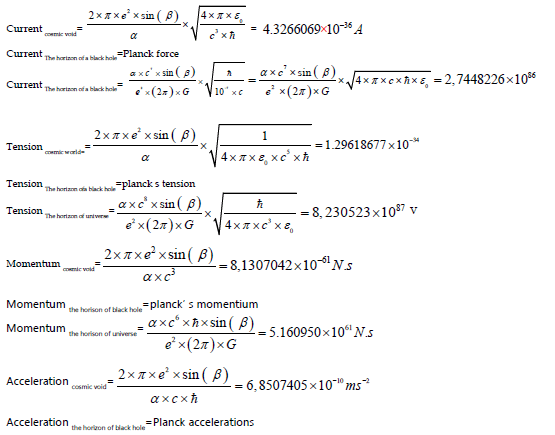 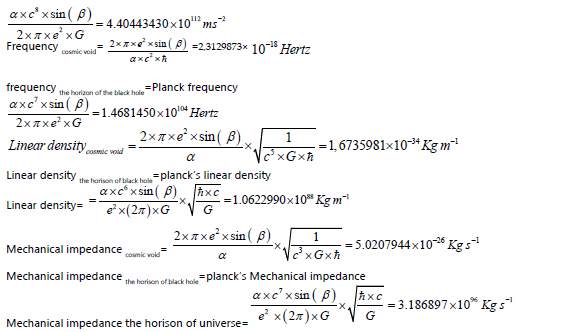