On the Sunspot Group Number Reconstruction: The Backbone Method Revisited

We discussrecent papers very critical of theGroup Sunspot Number Series (Svalgaard & Schatten [2016]). Unfortunately, we cannot supportany ofthe concerns they raise. We first show that almost always there is simple proportionality between the group counts bydifferent observersand that taking the small, occasional,non-linearities into account makes very little difference. Amongother examples: we verify that the RGO group count was drifting the first twenty years of observations. We then show that our group count matches the diurnal variation of the geomagnetic field with high fidelity, and that the heliospheric magnetic field derived from geomagnetic data is consistent with our group number series. We evaluate the ‘correction matrix’ approach [Usoskin et al. 2016] and show that it fails to reproduce the observational data. We clarify the notion of daisy-chaining and point out thatour group number series has no daisy-chaining for theperiod 1794-1996and therefore no accumulation of errors over that span. We compare with the cosmic ray record for the last 400+ years and find good agreement.We note that the Active Day Fraction method (of Usoskin et al.) has thefundamental problem that at sunspot maximum,every day is an ‘active day’ so ADF is nearly always unity and thus does not carry information about the statistics of high solar activity. This ‘information shadow’ occurs for even moderate group numbersand thus need to be extrapolated to higher activity. The ADF method also fails for ‘equivalent observers’ who should register the same group counts, but do not.We conclude that the criticism of Svalgaard & Schatten [2016] is invalid and detrimental to progress in the important field of long-term variation of solar activity. 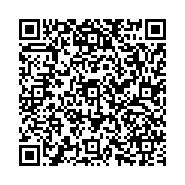